The time is coming for that all-important notification of which school 3- and 4-year-old children have got into.  For some parents, the wait is filled with apprehension.  If you have applied for a school that you are not in the catchment area for, it can be nerve-racking, especially if you are not keen on the options closer to home.  There can be a real sense of relief if your application is successful.

For some parents, the stress does not stop there.  I remember my anxiety-levels being raised because I knew that my 3-year-old daughter was not ready for full-time school.  I didn’t feel that she was ready either physically or emotionally, and it seemed as if the options for her starting part-time initially appeared to be limited.

There was one other parent who was considering the part-time for her son.  We were friends, and she offered to have my daughter on the one afternoon that I couldn’t negotiate with work.  It felt like life might become more manageable again. 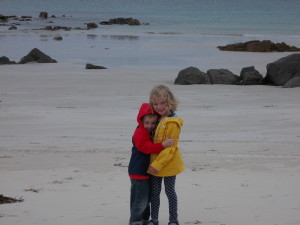 What I found was tricky was the reactions of other parents.  “You’re putting her in part-time?”, as if there was either something wrong with her, or something wrong with me; or “She’ll get there,” in a patronising tone, as if their children were somehow superior for being able to cope with 6 ½ hour days, aged just 4.  I was so glad that my friend had made the same choice – we could reassure each other.

Has she suffered from never having a full week in school in Reception?  Not at all.  I was sad at her first Parents’ Evening when I asked if she had friends, and her teacher said she was a bit of a loner, but not unhappy.  I felt better when my husband reminded me that she generally played on her own, even with friends’ children present.  By the end of Reception, she had a group of friends.  Academically, she has not suffered one little bit.  Her Year 2 teacher had no idea that she had done half days for so long.

Fast-forward 3 years: child number 2’s turn.  He was born in October, so, legally, he could have done half days until Christmas.  We didn’t feel he needed to.  He had been coming on the school-run for three years, and we had collected a neighbour’s child from what is now his classroom once a week.  He is an entirely different character.  He was “ready”.

Why am I telling you this?  Because I find the debates that come up each year challenging.  A mum will post on social media to say that she is concerned about her summer-born child being “ready” for school.  There are always the parents who feel the need to say how well their own summer-born children have been fine, which can come over as being dismissive of the concerns that have been raised.  I wonder if those parents had any doubts?  Or is it that, financially, they had little choice but to put their child in full-time from the beginning?

Empowering and enabling each other

I am asking that we allow people to explore their concerns openly, without shutting them down with platitudes.  If they are worried, can we help them work out why?  After all, they know their children better than we do.  Can we reassure them that they do not have to follow the “normal” path to be successful parents of happy children?  Can we put aside our own preferences and judgements and be accepting of people who make different choices?  After all, just because one child is ready and coped fine with the rigours of full-time school, this does not mean that they all should be.

I’ve been talking about a particular situation that I came across where my parenting choices were different from those of others.  I am sure we could list many where people differ from one another!  Having respect for those differences can enable and empower parents to do what is right for their child and their family situation, which can help us to all to find greater happiness.